Social commitment is one of the pillars of Werner Schmid GmbH. The company is strongly committed to a progressive development of the region. That is why Werner Schmid GmbH is closely involved with the ‘Antonius Netzwerk’, an institution for differently challenged persons as well as for disadvantaged youth, who, since 1999, have received targeted support from the non-profit organisation Perspektiva so that they can be placed in permanent jobs. The three-stage promotion concept that was developed for this purpose is unique in the whole of Germany and envisages a qualification practical traineeship of up to two years in companies for the young people. As a founding member of Perspektiva, Werner Schmid GmbH took on the responsibility, and applying the promotion concept, has already been able to offer training to more than ten short- and long-term practical apprentices – of whom five have also been given permanent employment in the company, of whom three in turn have already been with Werner Schmid for more than ten years. With this relatively high absorption rate, the company is placed 2nd among about 90 companies participating in Perspektiva. And we’re proud of this.

We have already received several awards for our commitment to Perspektiva: In 2010 we were named “Company of the Month” by state government of Hessen; In 2019 we received a golden “Stevie Award” for the “Corporate Social Responsibility Program of the Year” (companies with up to 2,500 employees); In 2021 we were honored with the “Möglichmacher Award” (roughly translatable to “Make it possible Award”) for “Exemplary commitment to an inclusive labor market”. 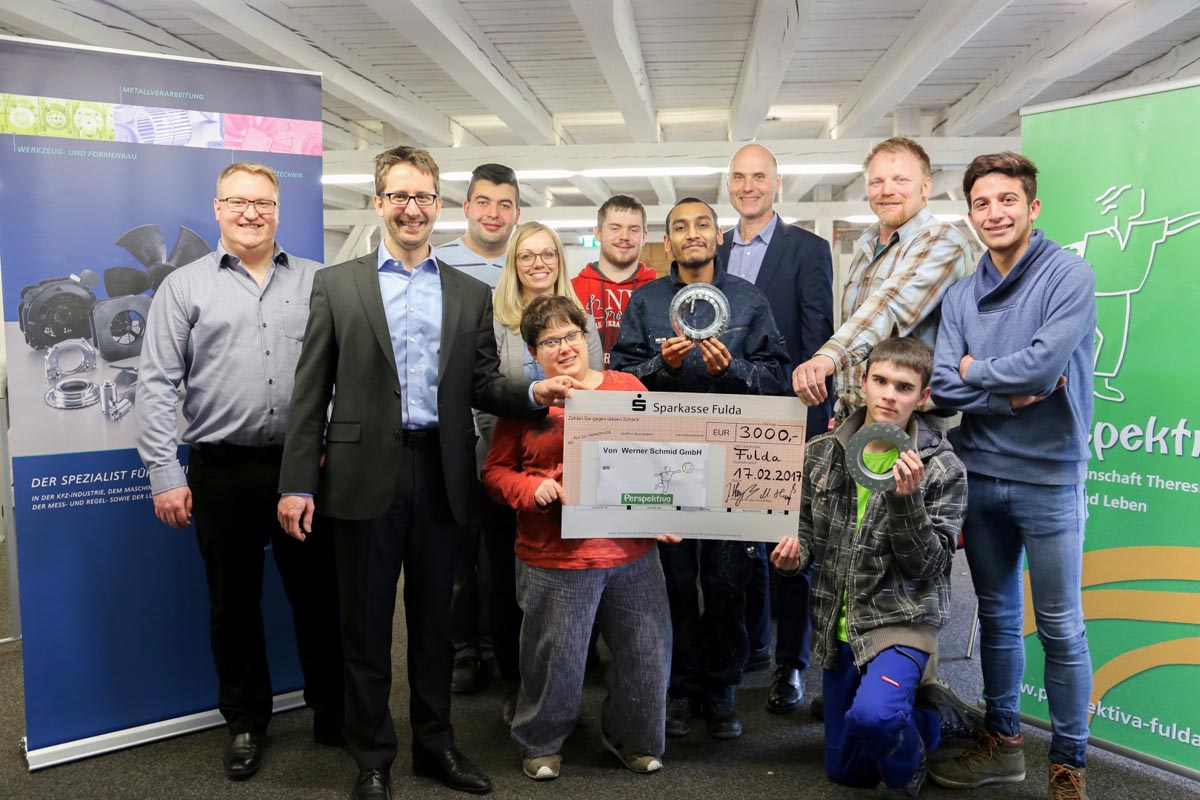